The History of the Garage Door

The History of the Garage Door

Your garage door is a marvel of modern-day technology and invention. It is easy to take for granted this handy and secure space where our vehicles’ and other storage needs are met. It has an interesting history with more to it than meets the eye.

Garage doors are not a modern-day invention. They have been in use since the appearance of the wheel in 3500 BCE. What was needed to compliment wheels was a stable platform to connect to it via an axle – that technology was only discovered around 450 BCE. After this discovery, the Assyrians and Egyptians crafted the first chariots and would store them in gatehouses, secured with a wooden door.

Chariots were tools of war and were handed over to specialist craftsmen to manufacture from the beginning. This made the finished product extremely desirable and costly. Gatehouses were heavily guarded so the city’s residents could be warned in advance if a raid was happening. This extra security was seen as the best place to store an expensive chariot. 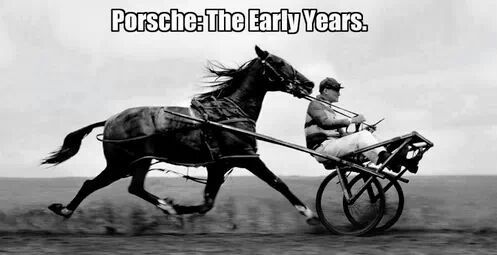 When horses were the main method of transport in England, the stables or Mews were built away from the main houses or palaces. They were designed to have living quarters for the grooms above and the stables and carriage houses below. An errand boy would be dispatched to the stables to alert the grooms when the carriage was needed to be brought around to the main house.

The carriage house doors were made of wooden slats with the frame strengthened by a X- or Z-shaped reinforcement across the back. They could be secured with a bar falling into place or even a locking mechanism.

The Rise of the Modern-Day Garage Door

With the rise of the Age of Industry in the late 18th century, trains (19th Century) and then motor cars (20th Century) rapidly began to supplant the horse and carriage. The rich, who had owned the majority of horses, now sought to replace them with the latest make of motorcar.

In the United States, the wealthy embraced car ownership with extreme enthusiasm. The wide streets and long distances made it a practical yet pleasing pastime. So, it makes sense that the earliest recording of an upward-lifting garage door for sale would be found in an American manufacturers’ catalogue – advertised as a “Float-Over-Door”, in 1902.

The next few decades would be spent in a flurry of stables-to-garages conversions.

The rapid spread of car ownership in the States brought about the need to bring the garage closer to the house. Inclement weather, lack of servants due to the draft and Henry Ford pricing his vehicles to be accessible to the masses, meant the need for handy car storage rose daily.

This gave birth to the next era of garages –

People did not at first think much about the practical aspects of their garage’s doors. The doors would swing outwards as though a horse was still on the other side. Harsh winter snows sometimes built up against the doors. If the purpose of the car was to keep the owner warm and dry, what was the point if the car was parked and stored far away from the front door?

Then along came C.G. Johnson of Detroit, a man so forgotten by history that it is impossible to find out what his initials stood for. He came up with the idea for an upward-acting garage door model that can still be recognised in homes all over the world today.

In 1921, C.G. saw the need for a garage door that opened up and yet could be elevated out of the way close to the roof. He didn’t stop there. Only 5 years later, he also invented the first electric garage door opener. He partnered up with an attorney called Forest McKee from Indiana, and they began manufacturing the product just as America was putting the horse and buggy into mothballs and buying cars.

McKee took care of the invention’s legal patents and C.G. Johnson hit the road with a prototype strapped to the back of his Model T Ford. The brand quickly gained a reputation for integrity, service and good quality. Ford was pushing out a million new cars a year and the buyers of his car latched onto C.G.’s garage doors to keep their new investment easily accessible and safe. Architects began attaching garages to the house itself by the 1950s. As cars grew in size, so did the garage until it represented 45% of the home’s square footage by the mid-60s. Wood still remained the garage door of choice until manufacturing modernisation made materials like fibreglass, aluminium, steel and even transparent glass viable options.

In the 1990s, a much-needed law was passed by congress in the U.S.A. that prohibited the installation of any garage door that did not feature as standard some sensors to cause the door to retract if an object was on the threshold. Many an unfortunate tragedy happened until this safety feature completed the garage door’s evolution.

Garage Doors of the Future

Garage doors provide an aesthetic continuance to the family home. The garage itself remains an important storage facility, tool shed, party space and security measure for homes the world over. And the garage door provides the insulation, noise control and convenience for every car-owning family to enjoy.

Founded in 1992 Prestige Doors and Gates began as a home based, family owned retailer of garage doors. After receiving requests from multiple architects for a complete solution for both garage doors and gates we decided to take the challenge and that is what has led us to this niche in which we specialise today.

Founded in 1992 Prestige Doors and Gates began as a home based, family owned retailer of garage doors. Through the years we’ve grown and evolved to specialise in everything custom-made, from Garage Doors & Gates to other Architectural features.
REQUEST A QUOTE